THE LAKE OF MENTEITH Only 15 metres from the lake you can enjoy a two-storey “A” Frame Chalet with an open-plan kitchen and lounge and upstairs bedroom. All with stunning  views over the Lake of Menteith Forming a crescent overlooking the lake you can enjoy one of our charming log cabins. With stunning landscapes and uninterrupted lake views you can unwind immersed in the Trossachs countryside

WELCOME TO THE LAKE OF MENTEITH

Enjoy a short break in our Lodges at The Lake Of Menteith. A stunning destination with excellent activities, restaurants and attractions. 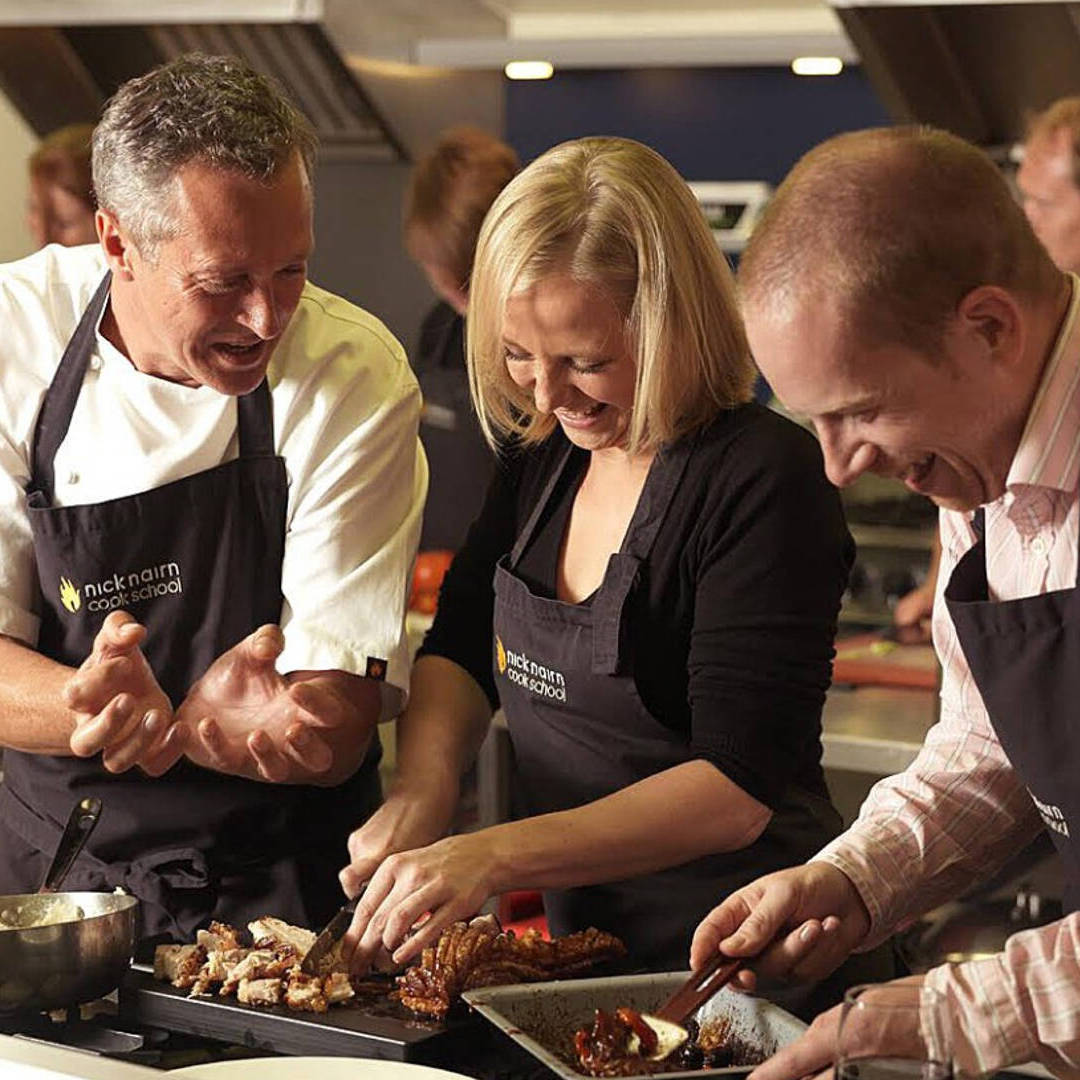 Explore the lake or discover the amazing scenery and activities that the Trossachs has to offer. From cooking schools to forgaing to watersports and walking you will always have something to do.

We pride oursleves on your feedback. With over 50 years experience of running and living on our family business we would like to share what you feel about our wonderful Trossachs home.

There are always events and goings on at Lochend Chalets. From our local community and the area of Stirling there are updates that will entertain and provide ideas of what you can enjoy.

SHORT BREAKS AT THE LAKE OF MENTEITH

We also have 11 Log Cabins, including Pine Lodge, all set just a little further back but still with wonderful views. The Cabins all have lake views, and Pine Lodge is a couple of metres along, looking at the duck pond and over the lawn.  They each sleep 4 people.

The Coach House is our luxury cottage, which has a pastoral view over fields, but is still seconds from the water’s edge. It sleeps up to 10 people.

We are here to help make your holiday an amazing memory to enjoy.
Please get in touch for all the information you need.

FISHING AT THE LAKE OF MENTEITH

The Lake of Menteith is one of Scotland’s premier trout fishing waters, frequently hosting fly-fishing national and World Championship events. The lake is stocked with 30,000 fish every year, all over 1lb in weight, and draws anglers from across Scotland and beyond

ACTVITIES AT THE LAKE OF MENTEITH

There are so many fantastic walks here in the Trossachs, that it’s almost impossible to pick out just a few. Check out some of our favourite local walks (easy to hard) in our quick guide.
WALKING

We’ve got great golf courses within a wedge of the chalets. Being so centrally located means that St Andrew’s, Muirfield and Turnberry are all easily reached from The Lake Of Menteith.
GOLF

It is impossible to list all the amazing castles and monuments, historic villages and boat trips in the area, but we have picked out a few favourites, all within a half-hour drive of the chalets.
SIGHTSEEING

Hidden away on our 38 tranquil acres beside the Lake of Menteith, the shore and woods around our cabins and lodges shelter a wealth of birdlife and other wildlife, including otters, deer, red squirrels and pine martens.
WILDLIFE

This ancient piece of land we’re lucky to inhabit is a fabulous place for meditation or yoga on the lawn. Find out all the amazing places to relax, unwind & rejuvenate your mind, body and soul at The Lake Of Mentetih.
WELLNESS

The Trossachs area has become a well renowned destination in foodie circles. Here are some of our favourite places for a delicious taste of the Trossachs, all within a half-hour drive from The Lake Of Menteith.
DINING

AMAZING HISTORY AT THE LAKE OF MENTEITH

MARY QUEEN OF SCOTS AT THE LAKE OF MENTEITH

Mary Queen of Scots sheltered in Inchmaholm priory on the Lake of Menteith as a child, on the run from the English army in 1547. It is also around this time that ‘Lochend’ is first recorded as ‘Steading callit the Lochend’. It was also recorded in the 18th century that Robin Oig, son of the notorious Rob Roy, and as much of a rogue as his father, abducted an heiress, Jean Fey, and brought her to Lochend. He was later caught and taken to Edinburgh to be hanged.

Long before self-catering holiday cottages were even dreamed of in the Trossachs, Lochend was part of the very large Cardross estate, owned by the Erskines, the Earls of Mar, who sold it in 1922. It was probably much bigger when it was entitled ‘Lands of Lochend, the lees, loanings, manor places, houses, biggins, milns, yards, parks and pendicles’!

Our family began its own slice of Lochend History in 1958, when Grandma and Grandpa Abell moved in and set up a park for caravans. In 1974, their daughter Irene and husband, Jimmy Nairn (my mum and dad), took over and put the first self-catering chalets overlooking the lake of Menteith.

My brother Topher bought the business from mum and dad in 1987, and my husband Chris and I joined the party in 1994, and we all live and work here at Lochend.

SPITFIRE IN THE LAKE OF MENTEITH

During the Second World War, the military commandeered the lake for use as an ammunitions dump. If you take a rowing boat out from the chalets, you can still see the remains of jetties built by the army on the western area of the lake, inaccessible by land.

On 3rd June 1943 Sgt. Pilot Thomas Hetherington was flying his MK1 Spitfire from RAF Grangemouth on a low flying exercise. He is rumoured to have been showing off to the land girls working in fields on the north side of the lake when his wing touched the water and sent the spitfire crashing into the lake. Hethering escaped unhurt – which is more than can be said for his plane. Although the valuable Merlin engine was rescued, the wreck itself was left at the bottom of the lake, where it still swims with the fishes today. Every now and then diving teams come to look for it but the MK1 Spitfire has never been found, and remains the Lake of Menteith’s very own Nessy-style mystery.

RELAX IN THE SURROUNDS OF HISTORY

Relax and enjoy a holiday surrounded by Iron Age settlements, a scenic Scottish estate and luxury self-catering holiday lodges all by the Lake of Menteith.

We have the prominent remains of an ancient crannog right here in the bay by Lochend Chalets, marked by a buoy about 150m in front of the waterfront lodges. There is nothing better than swimming out to the crannog stones, planting yourself down on thousands of years of Lake Of Menteith history, and just soaking up the extraordinary silence – not to mention the views back to the beautiful lodges and across to Ben Lomond and the Menteith Hills.

You can even have somebody on the shore take a picture of you walking on water! A medieval pot was once found here, too, discovered in the 1950s by a friend, Gordon McGill, who was snorkelling in the lake. The pot now sits in the Smith Art Gallery and Museum in Stirling.

The ruins of the priory are still a beautiful sight on Inchmahome Island, and you can visit and take in all the history via a wee ferry along the road by Port of Menteith, which takes foot passengers there and back between Easter and October.

FIND OUT MORE ABOUT THE LAKE OF MENTEITH

Delve into the world of The Lake Of Menteith in the panels below - who we are and what we do. Our lives are lived on site and we love to share our love of our environment and anything we know about the Trossachs with you. We're always happy to chat to guests about the area - and help them explore this fascinating part of the world.

BOOK A SHORT BREAK AT THE LAKE OF MENTEITH